What Is Malicious Software? 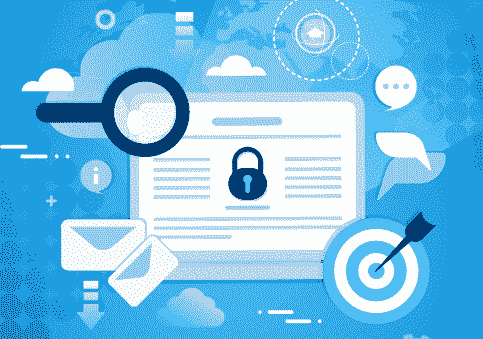 Their mission is often targeted at accomplishing unlawful tasks such as robbing protected data, deleting confidential documents or add software without the user consent.

A computer virus is a malicious software which self-replicates and attaches itself to other files/programs. It is capable of executing secretly when the host program/file is activated. The different types of Computer virus are Memory-Resident Virus, Program File Virus, Boot Sector Virus, Stealth Virus, Macro Virus, and Email Virus.

A worm is a malicious software which similar to that of a computer virus is a self-replicating program, however, in the case of worms, it automatically executes itself. Worms spread over a network and are capable of launching a cumbersome and destructive attack within a short period.

Unlike a computer virus or a worm – the trojan horse is a non-replicating program that appears legitimate. After gaining the trust, it secretly performs malicious and illicit activities when executed. Hackers make use of trojan horses to steal a user’s password information, destroy data or programs on the hard disk. It is hard to detect!

Spyware secretly records information about a user and forwards it to third parties. The information gathered may cover files accessed on the computer, a user’s online activities or even user’s keystrokes.

Adware as the name interprets displays advertising banners while a program is running. Adware can also work like spyware, it is deployed to gather confidential information. Basically, to spy on and gather information from a victim’s computer.

A rootkit is a malicious software that alters the regular functionality of an OS on a computer in a stealthy manner. The altering helps the hacker to take full control of the system and the hacker acts as the system administrator on the victim’s system. Almost all the rootkits are designed to hide their existence.

Even before the internet became widespread, malicious software (virus) was infected on personal computers with the executable boot sectors of floppy disks. Initially, the computer viruses were written for the Apple II and Macintosh devices. After the IBM PC and MS-DOS system became more widespread they were also targeted in the similar fashion.

The first worms originated on multitasking Unix systems, they were the first network-borne infectious programs too. SunOS and VAX BSD systems were infected by the first well-known worm of the time called the Internet Worm of 1988. Ever since the advent of Microsoft Windows platform in the 1990s, the infectious codes were written in the macro language of Microsoft Word and similar programs.

Methods Of Protection Against Malicious Software

Malicious Software is definitely a security threat for corporate users and individuals, thereby detecting and fighting malware remains on top of the agenda for many firms. Since the time BYOD culture started to flourish, Endpoint Security and Endpoint Protection have become the topics of discussion in many IT conference rooms. Many corporates today try to implement the best Endpoint Security or Endpoint Protection software to steer clear of the dangers.

Remember, if it is an individual system, it is essential to have an antivirus installed and if you already have one in place see to that it is updated at regular intervals. This approach will help you to remain safe during new breakouts. Xcitium’s Free Antivirus, Endpoint Security, Endpoint Protection Solutions are your best option for detecting and fighting malicious software. For more details visit our official page!

What is Endpoint Protection?

What is Trojan Horse?