What Is Computer Vulnerability?

A computer vulnerability is a cybersecurity term that refers to a defect in a system that can leave it open to attack. This vulnerability could also refer to any type of weakness present in a computer itself, in a set of procedures, or in anything that allows information security to be exposed to a threat. 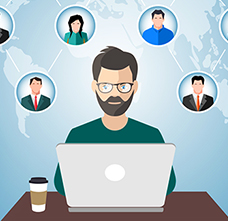 It is possible for network personnel and computer users to protect computers from vulnerabilities by regularly updating software security patches. These patches are capable of solving flaws or security holes found in the initial release. Network personnel and computer users should also stay informed about current vulnerabilities in the software they use and look out for ways to protect against them.

The most common computer vulnerabilities include:

The harm of computer vulnerability can be presented in several aspects, for example, the disclosure of confidential data, and widespread of Internet virus and hacker intrusion, which can cause great harm to enterprises and individual users by bringing about major economic loss. With the steady improvement of the degree of information, very severe computer security vulnerabilities can become a threat to national security in the aspects of economy, politics, and military.

Use Endpoint Security To Protect All Endpoints

Endpoint Security also known as Endpoint Protection is a centralized approach that focuses on protecting all endpoints – desktops, laptops, servers, smartphones, and several other IoT devices – connected to the corporate IT network from cyber threats. This methodology enables effective, efficient, and easier security management. Some vendors offer Endpoint Security systems that include free firewall, antivirus, and other high defined security software.